The International Nuremberg Principles Academy (Nuremberg Academy) finalized a project in 2017, which has been looking into the possible deterrent effect of international criminal tribunals. The project concluded with the release of the first Nuremberg Academy Series publication, edited by Professor Linda Carter and Jennifer Schense, Two Steps Forward, One Step Back: The Deterrent Effect of International Criminal Tribunals.

The focus of the study was to assess the possible deterrent effect of the International Criminal Court (ICC), as the first permanent international criminal court, in several countries, including Serbia, Kosovo, Sierra Leone, and Rwanda. The "deterrent effect" of the ICC was understood as possibly inferred from its ability to influence the behaviour of various groups, including those criminally inclined, and thus prevent the commission of crimes. If deterrence is preventive, it may also be achieved through norm setting, in the strict sense, through adoption of national legislation that incorporates core international crimes into national law, and, in a wider sense, through social deterrence. Broadly speaking, the existence and operation of the ICC may instil a new societal ethos entailed in the knowledge that commission of international crimes carries the risk of prosecution. Moreover, it may cultivate respect for human rights, rule of law etc., and thus influences behaviour of actors through the pressures exerted by public opinion about what is criminal or not, what is good or bad, or what is right or wrong.

In terms of "dimensions of deterrence" and by extension the target groups for the empirical part of the study, the study considered those prosecuted (suspects, accused and the convicted); those similarly placed (e.g. politicians, rebels, businessmen, and ‘foot soldiers’ in situation countries); and the general public. The country studies discussed deterrence based on the procedural steps adopted in response to the ICC or the relevant tribunal. The papers also looked at the specific contexts, including the political events in situation countries, and established how messaging by anti-ICC forces (but also by pro-ICC forces) influences target groups’ perception of the ICC as a deterrent.

Findings and recommendations of the study can be found here (pdf).

In 2018, and through 2019, the Nuremberg Academy decided to undertake a follow up project on deterrence and create a practical guide from the study with the goal of presenting the results in a simpler, more practice-oriented tool.  The practical guide was developed in collaboration with Professor Linda Carter and Jennifer Schense, who have edited the Nuremberg Academy Series publication Two Steps Forward, One Step Back: The Deterrent Effect of International Criminal Tribunals.

The guide addresses the importance of the subject, the definitions adopted and offers components of a formula for deterrence. The guide also examines key issues of underlying deterrence efforts arising from specific research and country examples.

The purpose of the follow up project was to contribute to the Nuremberg Academy’s work and advance dialogue towards strengthening the rule of law by supporting worldwide enforcement of international criminal law, furthering knowledge, and building capacities at the national level to investigate and prosecute core international crimes. To achieve this, the Nuremberg Academy decided to dissect useful information from the study and create the practical guide which concludes with a checklist. This checklist intends in particular to help structure future studies of deterrent actions. It is not exhaustive and is not intended to be a complete list, but it intends to start a discussion on deterring atrocity crimes. The target audiences of the practical guide are practitioners, academics, and researchers. It is relevant for experts interested in studying further and undertaking research into (potential) deterrent effects in the context of international criminal law. 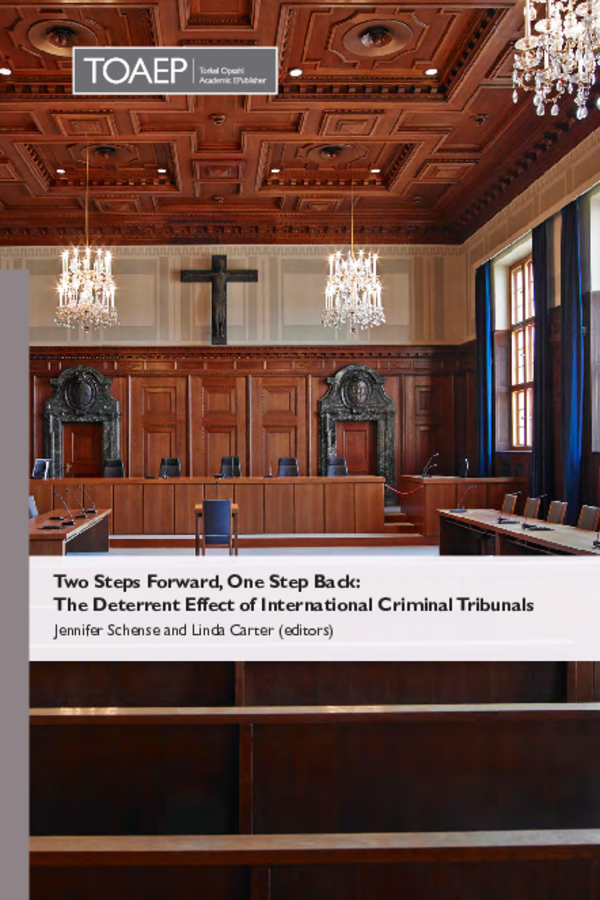 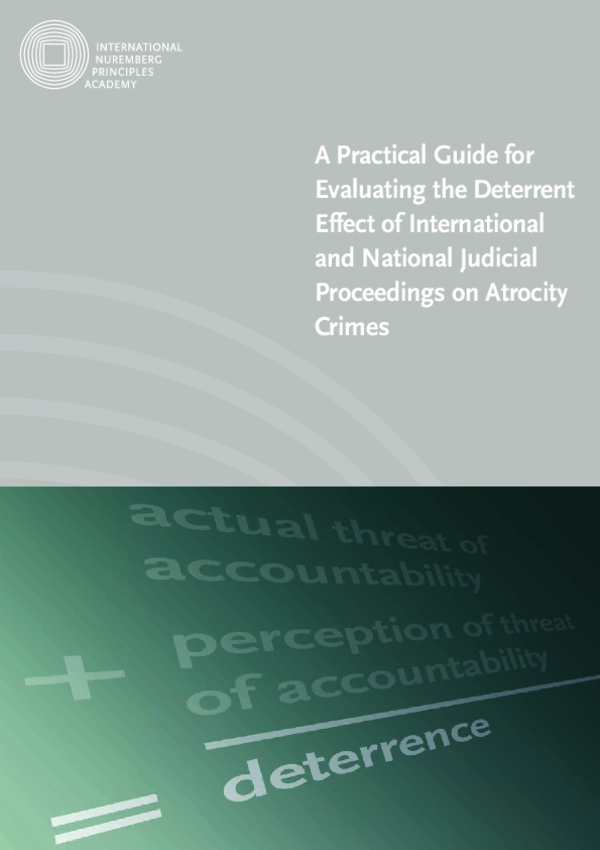