Guidelines for Social Workers on Refugees and International Crimes

The project was developed and implemented due to the partnership between the International Nuremberg Principles Academy (Nuremberg Academy) and the City of Nuremberg.

The project started in 2015, after and in the context of the massive arrival of people forced to flee their home countries due to mass violence and to seek protection. The City of Nuremberg had itself encountered these challenges with an increased number, handling at one point 180 refugee camps and asylum accommodations. The emphasis of the project had been tailored to the welfare and social institutions as they were often the primary and first contact with refugees and asylum seekers who potentially had useful information that could be beneficial in pursuing accountability for core international crimes. The project began with a needs-assessment workshop consisting of experts from varied fields, including social work and refugee law experts, which set out the boundaries for this project as well as its deliverables. The first version of these guidelines was released in 2017.

After the release, the Nuremberg Academy and City of Nuremberg collected feedback on the usability of these guidelines, subsequently decided to update the guidelines in 2018 in order to increase its practicality and accessibility. This updated version is available below.

The guidelines in general explain the legal system in Germany that is applicable to the prosecution of core international crimes as well as legal provisions that might be of relevance in this context. They include explanation on the concepts of universal jurisdiction, reporting duty, and the potential venues of bridging the information. Furthermore, the guidelines shed light on inter-connectedness of the role of social workers, and related experts and professions, in enabling bridging of essential information to the relevant authorities in order to advance the prosecution of very serious international crimes.

This project contributed to the steps being taken to address and achieve long-term and sustainable peace through justice, which is the core of the mandate of the Nuremberg Academy.
Feedback on the usability, content, and other elements of the guidelines is welcomed by both the Nuremberg Academy and the City of Nuremberg.

The guidelines can be downloaded in English and German here below. 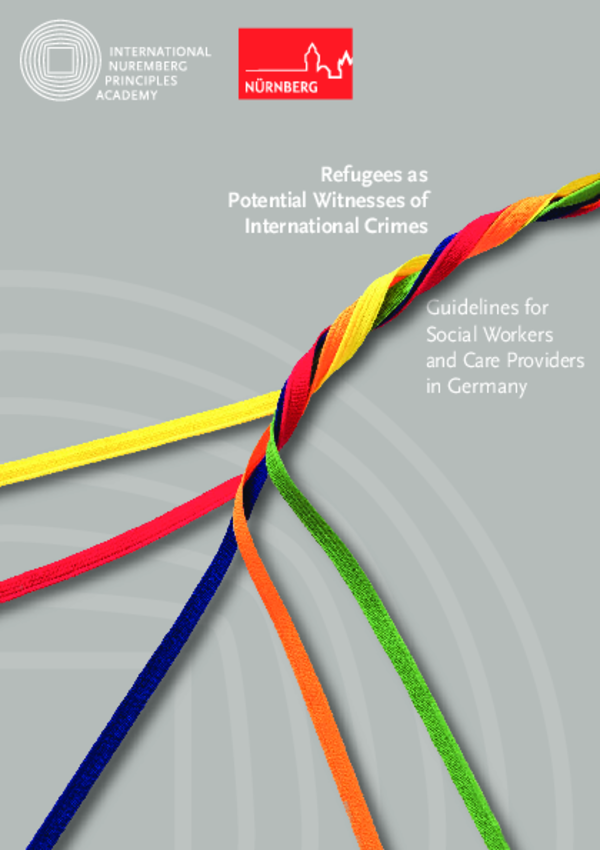 Refugees as Potential Witnesses of International Crimes: Guidelines for Social Workers and Care Providers in Germany 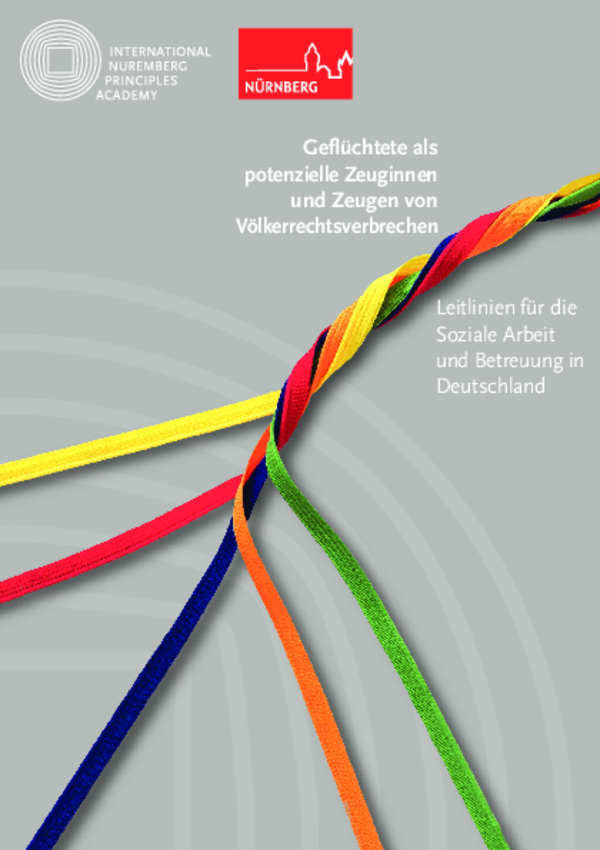