Publication Launch 'Transitional Justice in Germany after 1945 and after 1990'

On 25 April, the Nuremberg Academy launched its publication: 'Transitional Justice in Germany after 1945 and after 1990' in the historic Courtroom 600 of the Nuremberg Palace of Justice.

The study was written by the German historian Sanya Romeike on behalf of the Academy. Dr. Anna Kaminsky, Director of the Bundesstiftung Aufarbeitung, and Prof. Dr. Werner Konitzer, Director of the Fritz Bauer Institute, discussed the  German experiences of Transitional Justice  and assess whether the German dealing with the past was a success story. They elaborated on what could be learned from the post-1945 experiences for further dealing with this past and with the second German dictatorship.

Dr. Kaminsky and Prof Konitzer discussed the critiques around the processes of the German experiences and how the German models could or indeed if they should be applied elsewhere. Before attending to more philosophical questions including whether any judicial process can ever truly satisfy victims and at what point, if any, does a discussion of the past conclude. 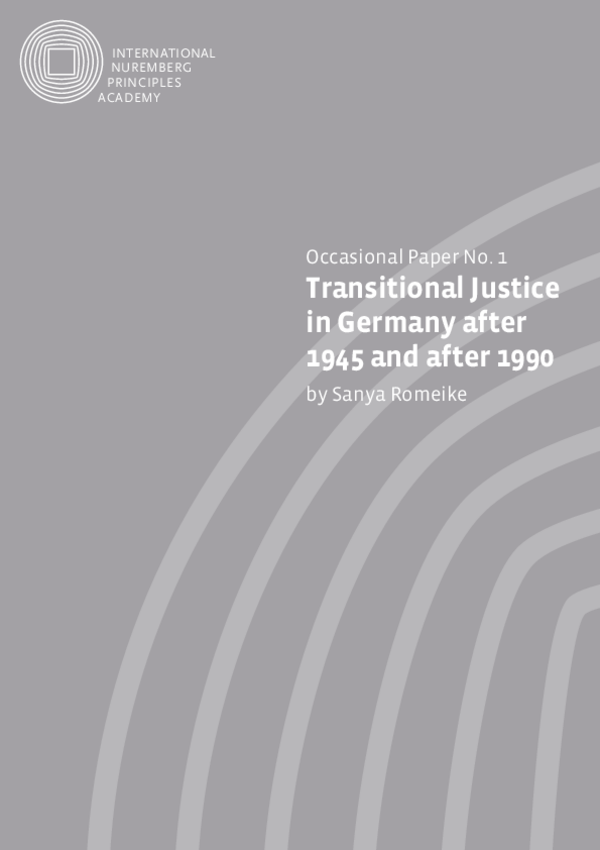 Transitional Justice in Germany after 1945 and after 1990