International and Transnational Criminal Law Seminar in The Hague

The International Nuremberg Principles Academy partnered with the Asser Institute and the Antonio Cassese Initiative for a seminar on international and transnational criminal law (ICL and TCL) in The Hague from 5 to 9 February 2018.

The high-level course, entitled "Strengthening Domestic Capacity to Prosecute International and Transnational Crimes in Africa", was attended by judges and prosecutors from francophone African countries, including Burkina Faso, Côte d’Ivoire, Congo, Democratic Republic of the Congo, Mali and Niger. The program centered on several thematic modules delving into issues such as the elements of crimes, the implementation of customary and treaty law in national contexts, international standards of due process and cooperation with international courts and tribunals.

The seminar featured a number of high-level speakers coming from international courts and tribunals in The Hague and several academic and professional institutions and organizations focusing on ICL and TCL, international humanitarian law, as well as international human rights law. Dr. Viviane Dittrich, Deputy Director of the Nuremberg Academy, also gave a lecture in French on domestic prosecutions of international crimes. 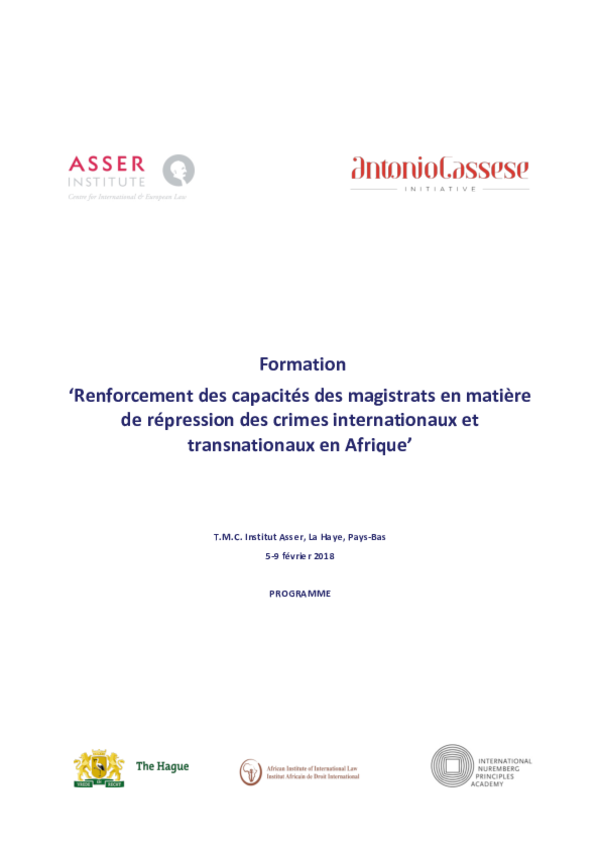