Klaus Rackwitz, Director of the Nuremberg Academy, was invited to participate as a panelist in the session on "The Future of the Rome Statute system, the International Criminal Court, and International Justice".

The high-level event featured contributions from many of the actors and leaders of the Rome Statute process and over the past 20 years, i.e. government representatives; officials from the United Nations and other regional and international organizations, judges, staff of the international courts and tribunals; representatives of The Hague diplomatic community; and members of civil society and the CICC from around the world. Klaus Rackwitz and Dr. Viviane Dittrich, Director and Deputy Director of the Nuremberg Academy, attended both the Opening Forum and the Interactive Forums.

The program and the concept note of the Launch Forums can be downloaded below.

The International Nuremberg Principles Academy will contribute to the commemoration of the 20th anniversary of the Rome Statute with its own international conference, the Nuremberg Forum 2018, taking place in Nuremberg on 19 and 20 October 2018. In light of the Nuremberg legacy and the significance of the Nuremberg Principles as well as current legal and political challenges, this conference will explore the interplay between law and politics and critically discuss relevant topical issues, including, inter alia, case selection, length of proceedings, victims’ participation and reparations, exercise of jurisdiction complementarity, amendments to the Rome Statute, and state engagement/disengagement. 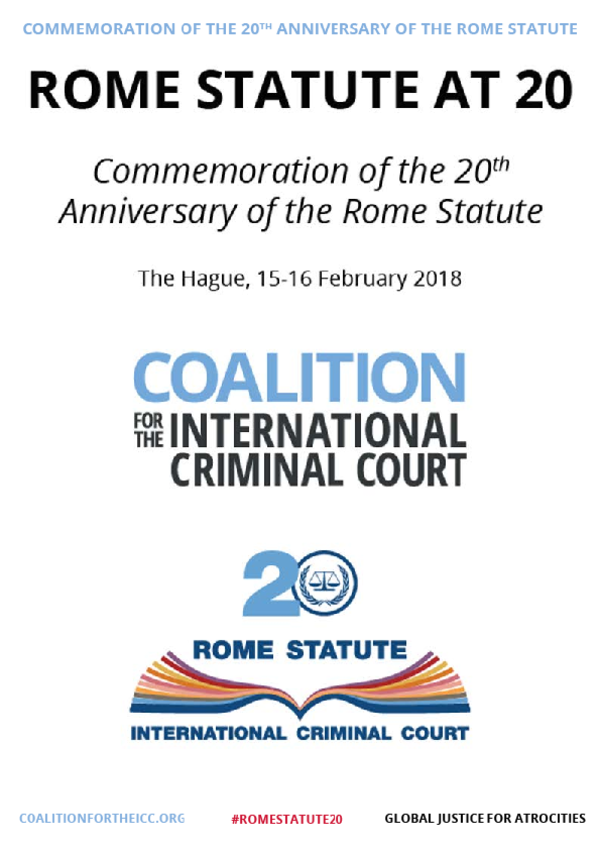