The comprehensive 100+page publication, including original contributions from more than 30 distinguished experts, captures the myriad of nuanced discussions related to the Nuremberg Declaration on Peace and Justice, synergies and tensions between peace and justice, and critical reflections on the progress made by the international community in advancing peace, justice, security and development in conflict and post conflict settings.

More than 30 participants of the Nuremberg Forum 2017 representing a wide spectrum of professional backgrounds, including practitioners, policy makers, academics and former and current government officials, contributed to the report. Some of the contributors had also been participants at the 2007 conference titled “Building a Future on Peace and Justice” held in Nuremberg, which led to the drafting of the original Nuremberg Declaration on Peace and Justice under the auspices of Nobel Peace Prize laureate and former Costa Rican President Oscar Arias.

The Nuremberg Forum 2017 report addresses numerous topical developments and includes reflections on lessons learned and the changing nature of the challenges to the fight against impunity. A particular focus is placed on the promotion of access to justice and the proliferation of justice mechanisms in post-conflict settings, the increasingly prominent role of victims, the promotion of reconciliation, rehabilitation and transitional justice measures, and the nexus of peace, justice and development. Peace and justice efforts in context, inter alia, in the Central African Republic, Colombia, South Sudan and Syria are explored in the report.

The report highlights the need for increased dialogue, regional cooperation, capacity building efforts, resource prioritization and includes specific proposals by experts to critically reflect on current practices and enhance the effectiveness of institutions and efforts aimed at building peace and seeking justice in different post-conflict settings across the world. 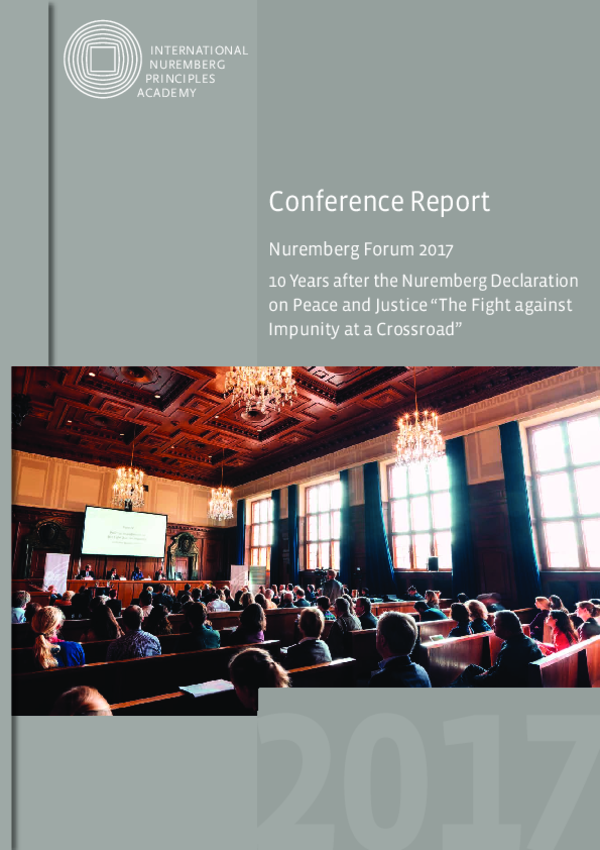