75th Anniversary of the Verdict of the International Military Tribunal

From Consensus in Nuremberg to Disagreement in Rome - The Prosecution of Core International Crimes Today: On 30 September and 1 October 1946, the International Military Tribunal (IMT) delivered its Judgement in the trial against the most high-ranking political and military leaders of the German Nazi regime, the Third Reich.

The International Nuremberg Principles Academy and the Robert H. Jackson Center commemorated the issuance of the Judgement of the IMT with a special event: Two virtually held roundtable discussions with high-profile participants, dedicated to dissecting the historical and legal implications of the Nuremberg Trial Judgement and the link to contemporary prosecutions of war crimes, crimes against humanity and genocide.

First panel: The judgement as a precedent for the evolution of international criminal law

Second panel: Legal implications of the judgement for prosecutors today

The second panel on 1 October 2021 from 15:00 to 17:00 (CEST) has discussed the challenges for the prosecution of international crimes today and reflected on the legal implications of the judgement of the International Military Tribunal of Nuremberg for prosecutors today.

The second roundtable comprised Prosecutors currently serving at the ICC and other international courts and tribunals whose mandate is the prosecution of core international crimes and the Federal Chief Prosecutor of Germany who is responsible for prosecutions in German courts under the principle of universal jurisdiction.

The discussion on both days was held in English and virtually via Zoom. The report on the roundtable discussions is now available, please download the document below. 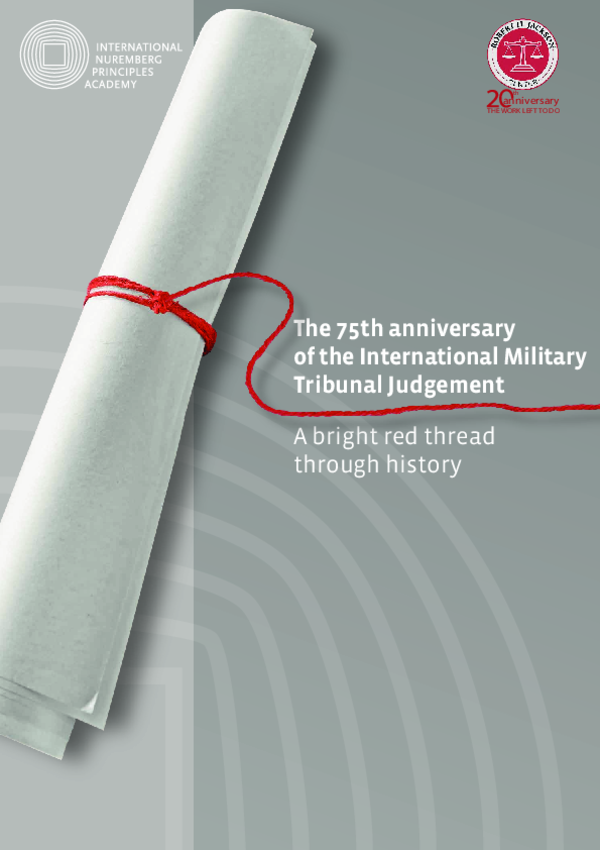