The International Nuremberg Principles Academy, jointly with the Genocide Network Secretariat hosted by Eurojust organised an international conference entitled "Is the Future of International Criminal Law Domestic?" from 12 to 14 May 2022. The in-person conference held in the historic east wing of the Palace of Justice in Nuremberg included hybrid elements for those speakers who were unable to attend in person due to the pandemic situation.

The objective of the conference was to reflect on a postulation of the first Prosecutor of the International Criminal Court (ICC), Luis Moreno Ocampo, raised already in 2003, stating that the ICC would be at its most successful when it had no cases because national authorities were handling them. What does this mean, twenty years after the ICC’s establishment? Have domestic prosecutions proven to be a viable alternative?

A keynote dialogue and six roundtable discussions with high-profile participants examined the practical implications of that postulation and assessed how far the international community has come towards achieving it, along the following lines of inquiry:

National jurisdictions can carry a great deal of the load, with appropriate tools and resources. With a look at key cases and verdicts, the conference analysed progress thus far achieved, and the best paths to success in the future, as well as encouraged greater involvement of national prosecution services.

The conference’s goal was to reflect on the current practice of national jurisdictions in investigating and prosecuting international crimes, to evaluate their achievements and identify where these practices could be improved and to facilitate networking that may contribute to such improvements. A conference report will summarise the event. Speakers addressed the expert level, with the goal of facilitating constructive exchanges on specific ongoing cases and country situations. It was relevant to practitioners from national and international jurisdictions as well as scholars and students interested in international criminal justice, ICL, political and social science.

For more information please see the programme for download below.

The video recording of the conference is available on the Academy’s Youtube channel. 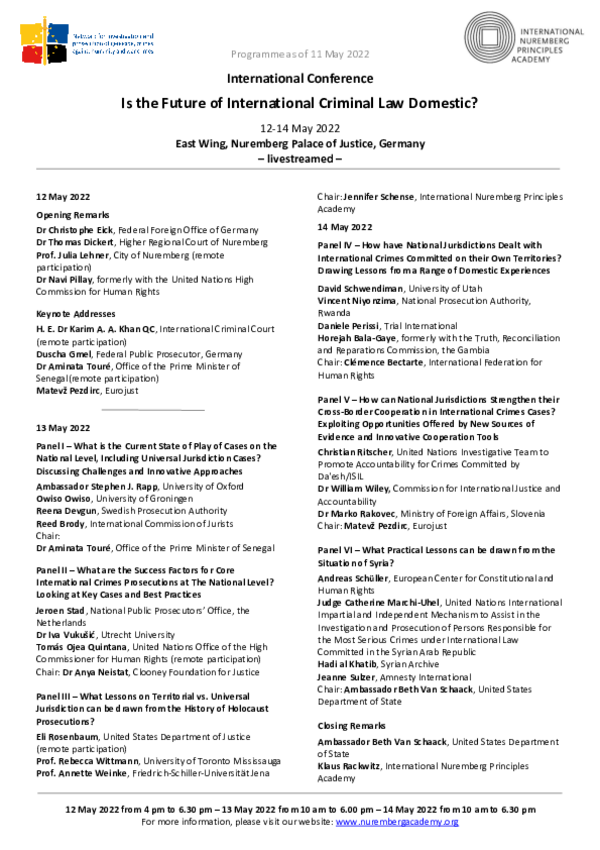 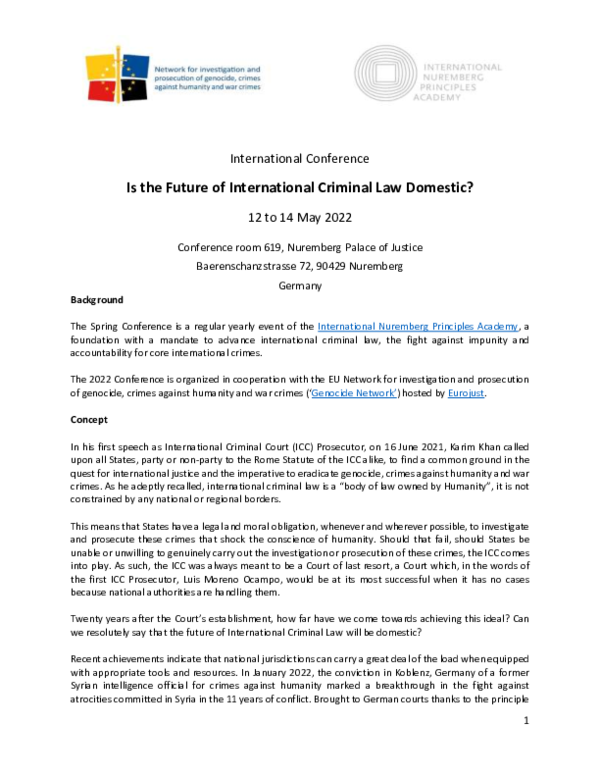