The Fifth International Meetings of the Defence

This year, the Fifth Meetings concluded with the presentation of two documents produced by the Working Groups appointed by the Meetings, which have worked during the past two years with many international professional organizations and practitioners of all nationalities and legal cultures, benefiting from a very wide experience: a Practical Guide to Investigations and a Code of Ethics for Defence Counsel and Victims practicing before International Criminal Tribunals, known as the Nuremberg Code 2017, which seeks to harmonize existing codes. A follow-up committee for this Code was be set up during the event in Nuremberg and welcomes all organizations wishing to become involved in its permanent updating, including disciplinary case law and any other relevant amendments. As for the Practical Guide to Investigations, it is a unique compilation of advice for Counsel who conduct investigations on the field, in the context of adversarial proceedings, in which there is no investigative judge.

The program can be downloaded below.

Photos below by Nuremberg Academy 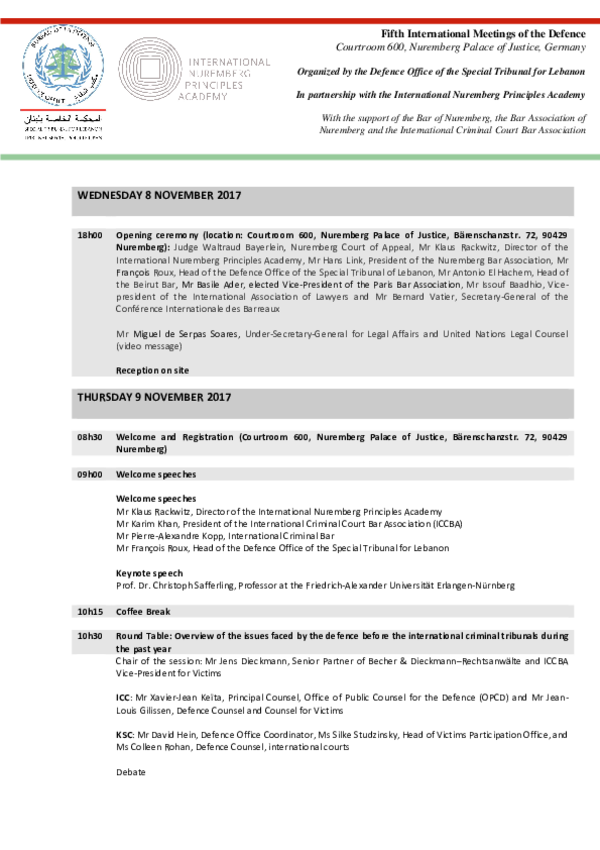 Program 5th Meetings of the Defence